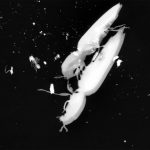 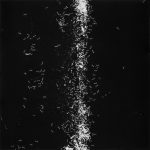 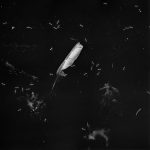 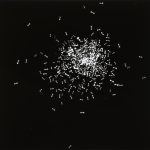 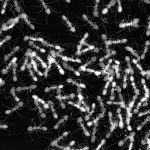 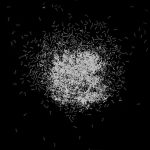 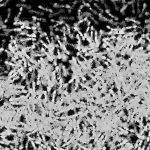 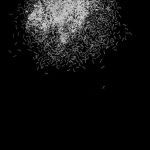 A series of 54 plein air gelatin silver films recorded at night without a camera at Lake Tyrrell in the Mallee region of Victoria. Each film is encapsulated in a 40 cm x 50 cm Mylar envelope. Displayed backlit. Unique objects.

Natural history research conventionally requires the collection and cataloguing of dead specimens. But these luminous shadows of flying, fighting, foraging and fraternizing arthropods (and a wriggling legless lizard) recorded on film without a camera reveal something only the living can: sentient beings steeped in an umwelt or ‘life-world’ brimming with subjective perceptual significance. Individually, such traits are tantamount to what we might call sentience or ‘spirit’. Economist John K Galbraith dubbed collective human economic drives ‘animal spirits’. Yet this collection of diminutive non-human ‘animal spirits’ animating the relict life-world of Lake Tyrrell’s sandy shore is surely a more fitting application of the term. An instance of why biologist Edward O Wilson called invertebrates “the little things that run the world”. 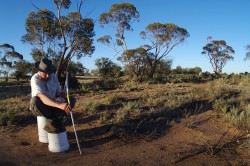 Collecting live ants with a portable vacuum device, December, 2009. Being elevated above the ground on the tubs was a precaution against ant bites! Photo by Rudy Frank 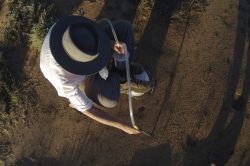 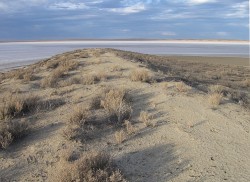 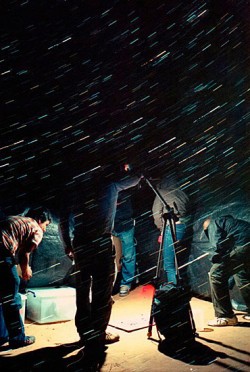 Imaging live ants on film without a camera using flash on the shore of the lake, March, 2009. Photo by Viren Mohan