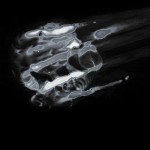 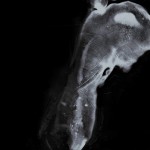 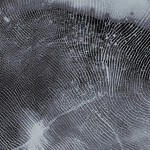 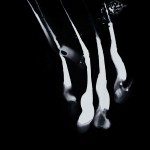 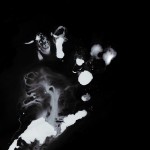 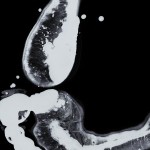 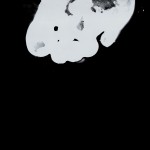 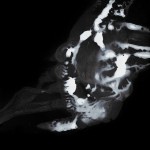 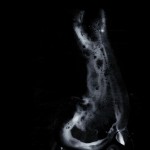 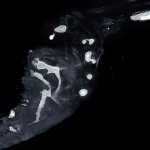 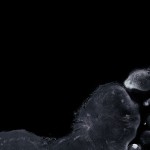 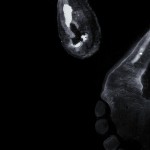 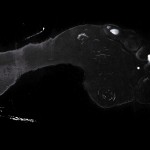 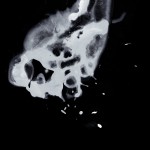 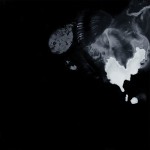 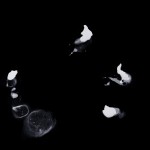 Dancing on Mars (scans) will be a digital movie sequence of high resolution scans of gelatin silver film fragments carrying the shadows of camera-less gelatin silver ‘chemogram’ images made on location in the Victorian Mallee.


These detailed digital enlargements of cameraless gelatin silver ‘chemograms’ made on the dry salt bed of Lake Tyrrell trace the imprint of a performer dancing across a roll of photographic film, her feet wet with sodium thiosulphate ‘fixer’, which chemically dissolved the undeveloped silver in the emulsion. Human footprints carry many meanings. Baseness. Abjection. Presence. Ownership. Impact. To astrobiologists periodically dry, pink, hypersaline Lake Tyrrell is an outstanding model for what life might exist on Mars because the lake’s subsurface minerals and microbes closely resemble early saline habitats on earth. Except for its invertebrates, much of the surface life that once thrived around Lake Tyrrell has been destroyed by clearing and colonization. And, like most of the planet, the relict life-systems of Lake Tyrrell face accelerating decline from anthropogenic climate change. Dancing on Lake Tyrrell is like dancing on Mars.

Dancing on Mars (scans) is a work-in-progress: the final image sequence, format and appearance may vary significantly from what is illustrated here.

The source chemogram films digitally reiterated in these scans are included in the affiliated artwork Dancing on Mars (films). 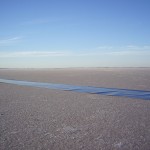 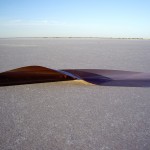 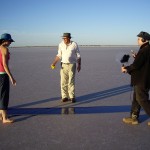 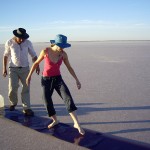 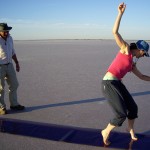 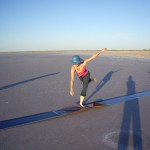 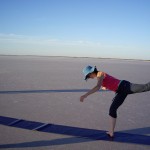 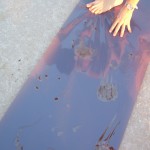 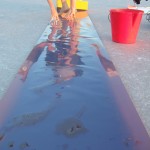