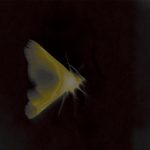 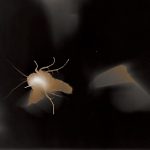 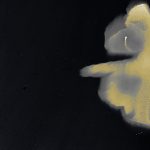 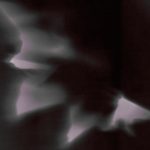 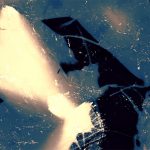 Moth Liturgy (scans) will be a digital movie sequence of high resolution scans of gelatin silver film fragments carrying the shadows of live Bogong moths recorded plein air at night without a camera high in the Australian Alps.

Bogong moths are a ‘keystone’ species critical to and dependent upon the rare upland ecosystems of the Australian Alps. Billions once migrated from the hot plains to the cool mountains annually: pre-invasion they were feasted upon by local clans each summer. But habitat loss and climate change is now devastating moth populations and, in turn, other creatures that predate them including the rare Mountain Pygmy Possum (Burramys parvus). These digital images interpret camera-less shadows of live Bogong moths cast by flash on gelatin silver films at night outside an aestivation cave on Mount Buffalo over the summer of 2011-12: since 2014 few living moths have been found at the site. They are repleat with the scratches, stains and other haptic evidence of the original recordings. Yet, vividly colourised and greatly enlarged these digital recapitulations are unmoored from the diminutive life-scale and cold mountain context of their source negatives: artifice that, paradoxically, invites a sense of agency and beauty in abject creatures that might otherwise be hidden. A liturgy of shadows connoting the pathos of imminent absence. These highly detailed projections are intended to be seen in a darkened space accompanying the plein air films from which they were derived: the associated artwork Moth Liturgy (films).

Moth Liturgy (scans) is a work-in-progress: the final image sequence, format and appearance may vary significantly from what is illustrated here. 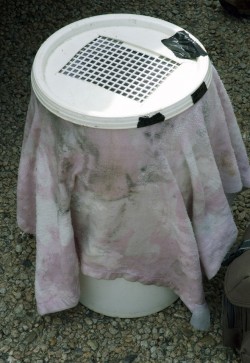 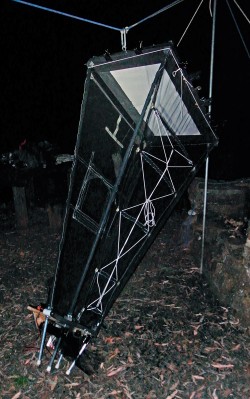 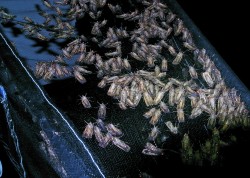 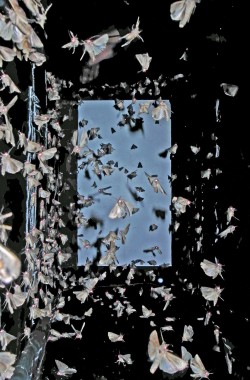 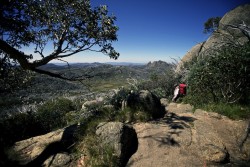 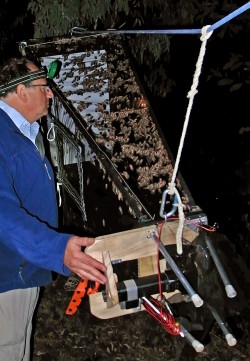 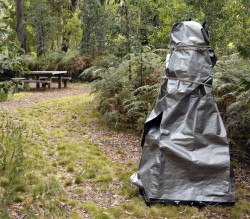 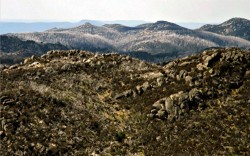 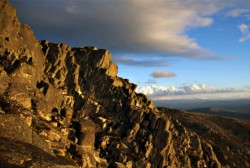 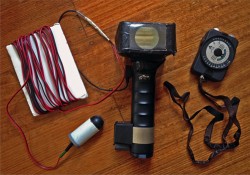 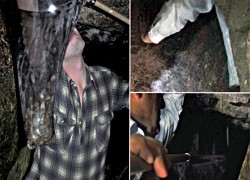